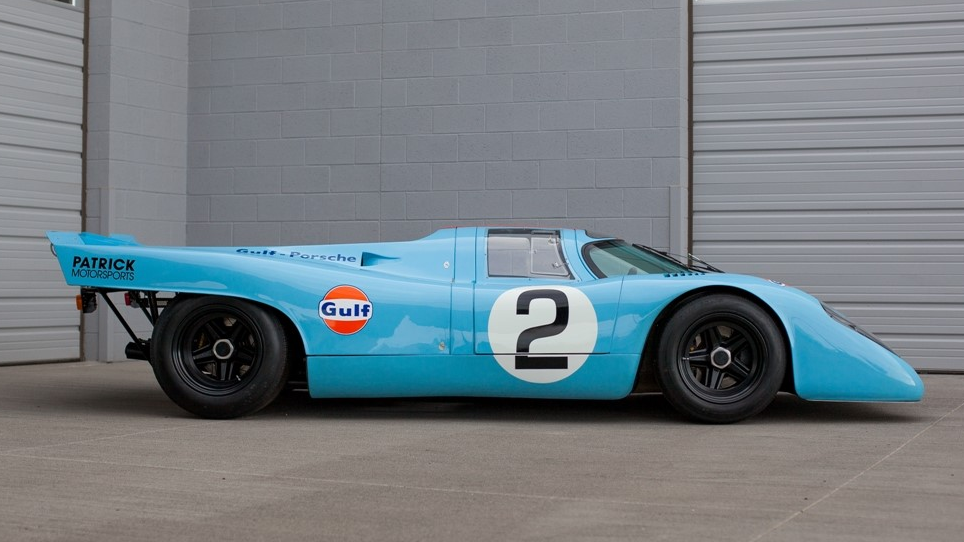 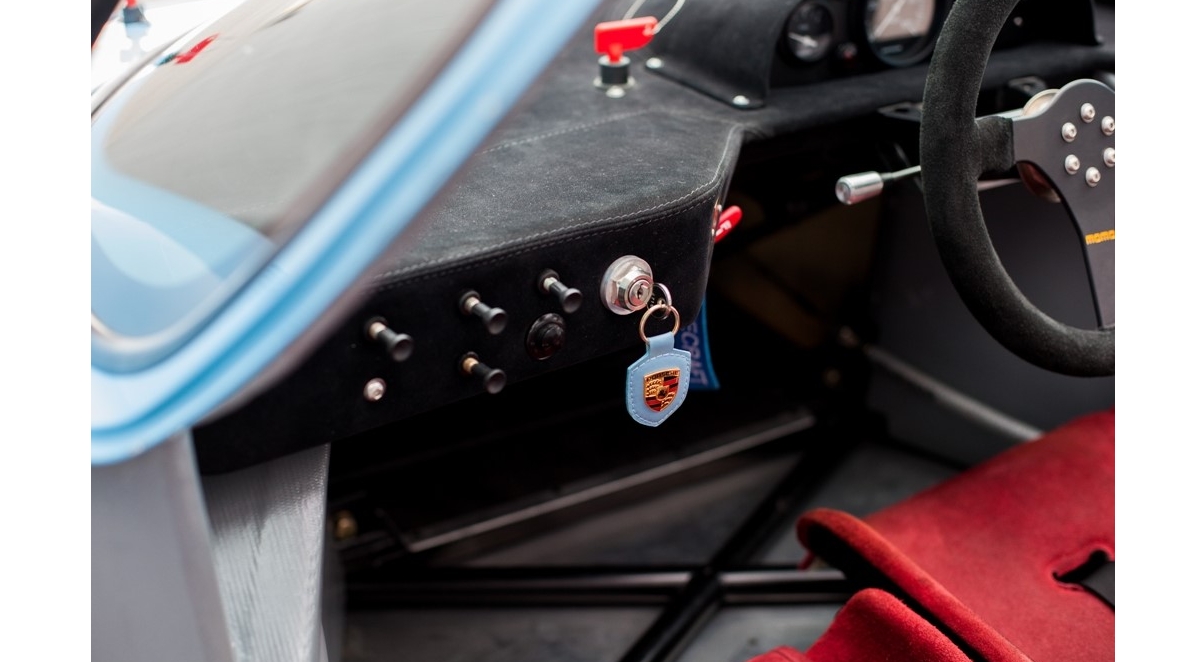 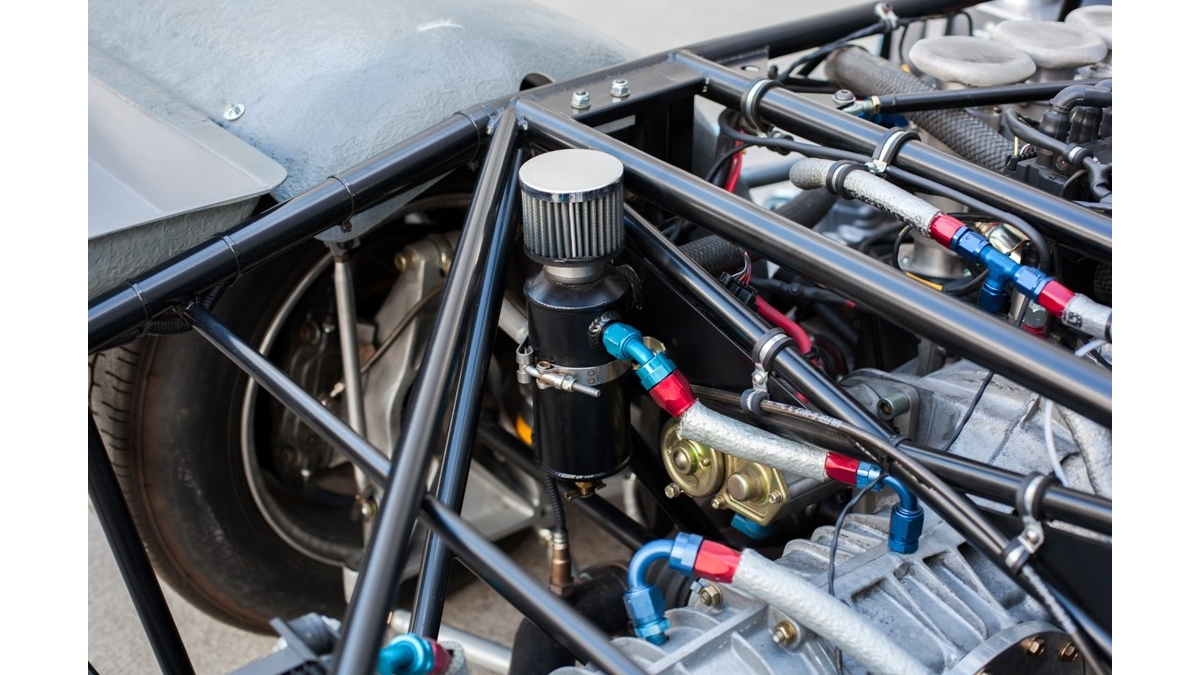 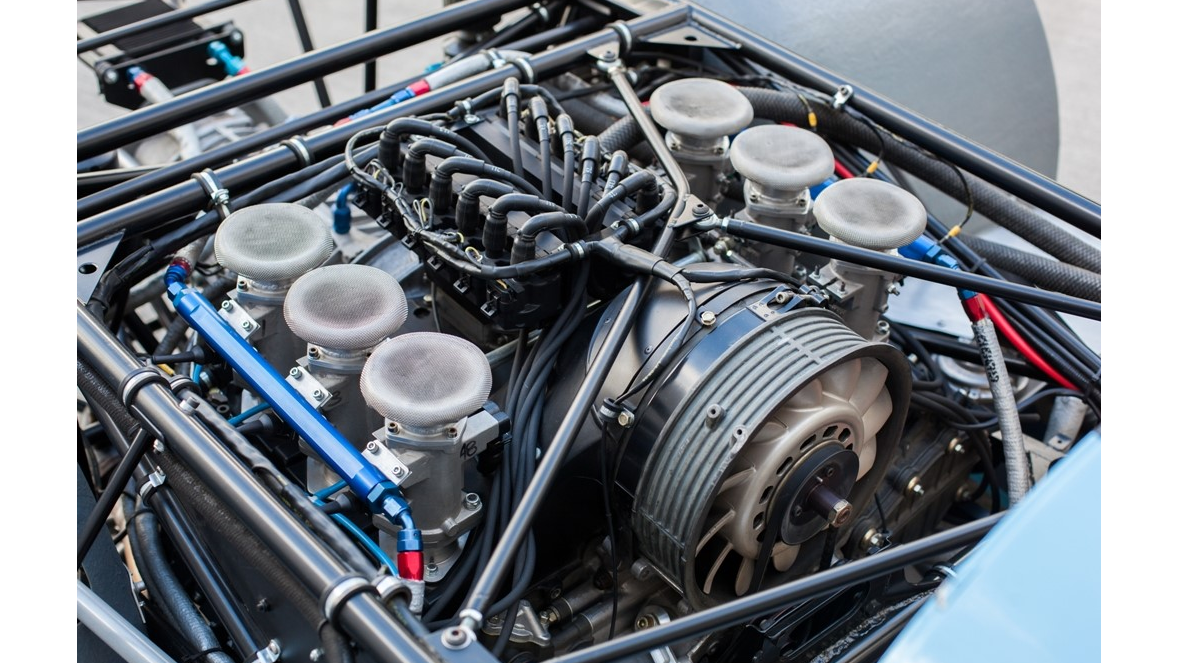 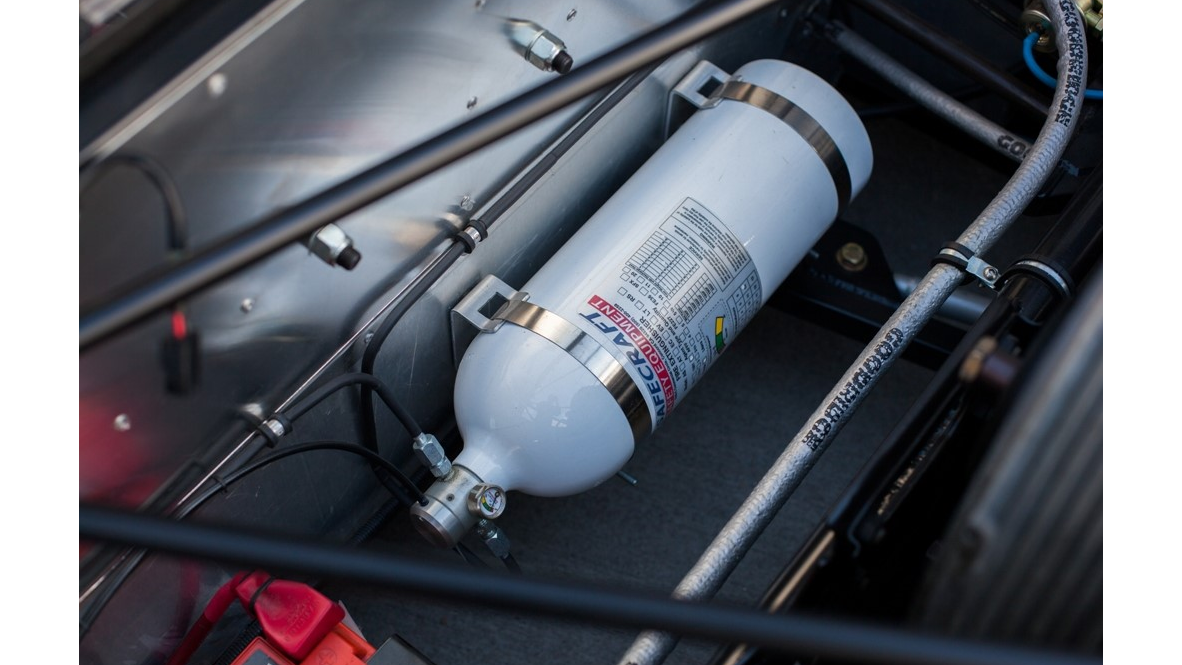 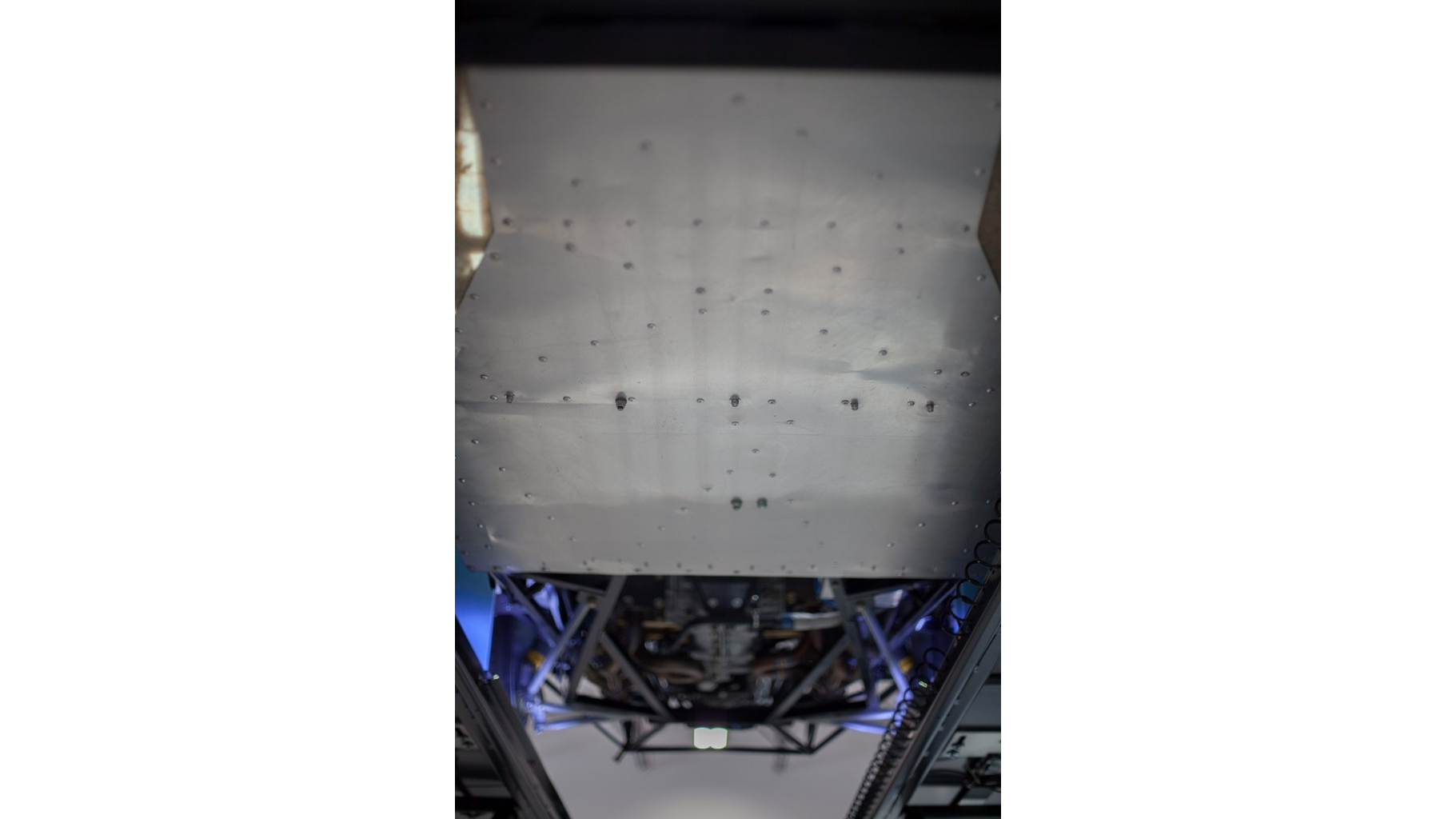 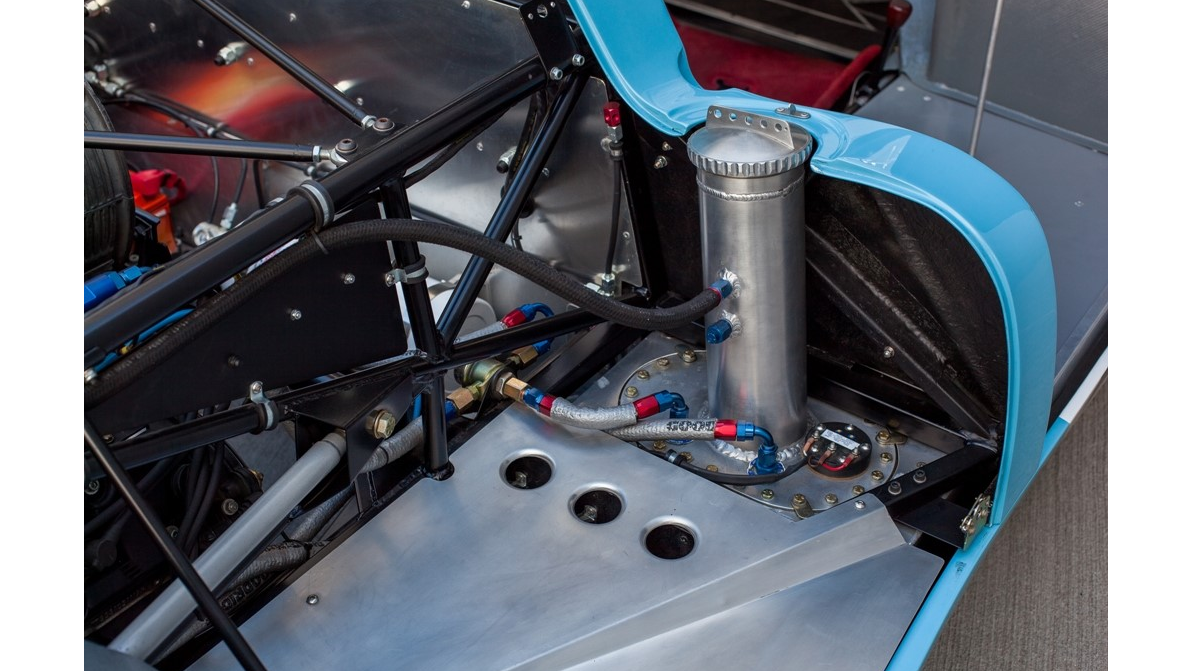 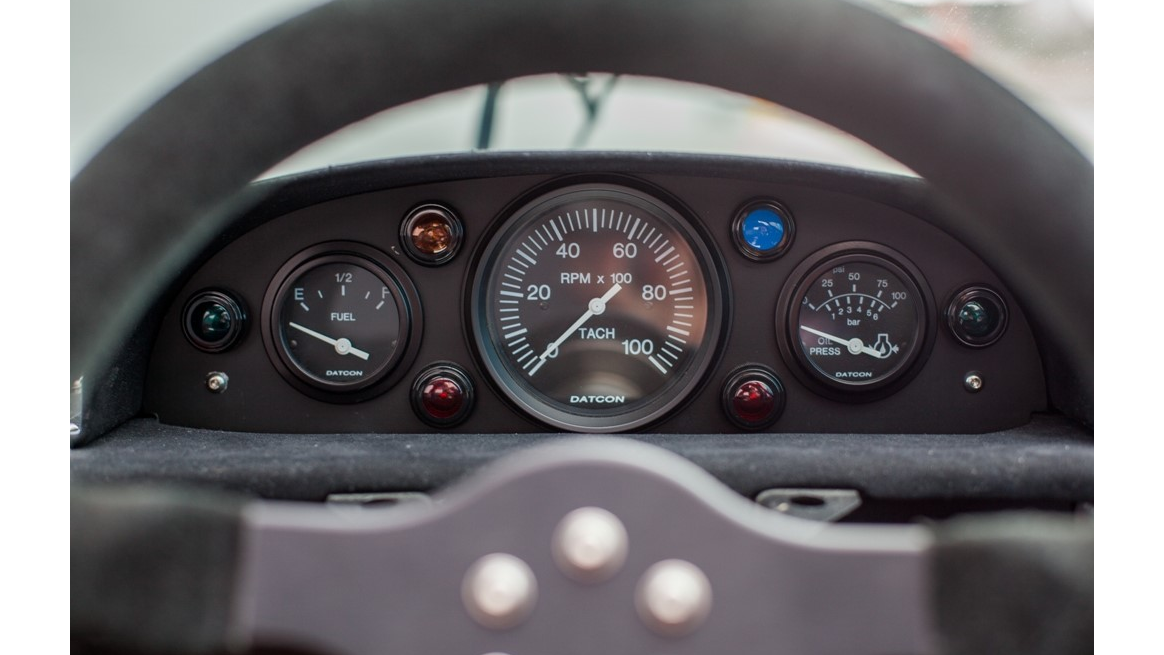 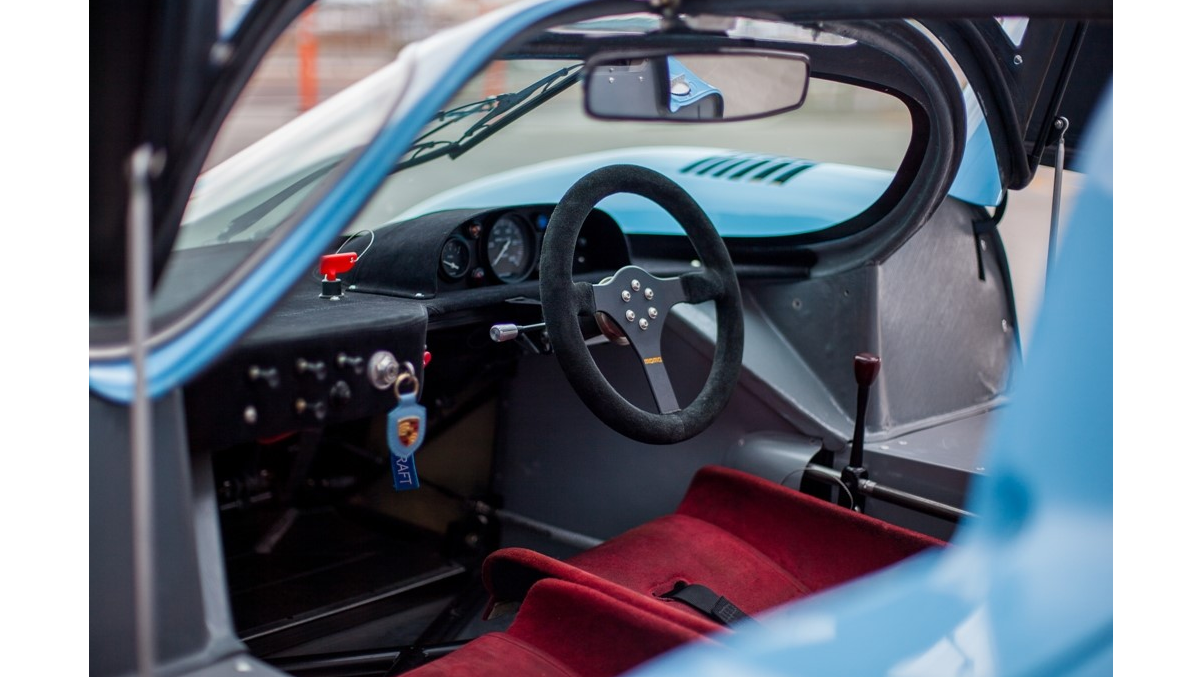 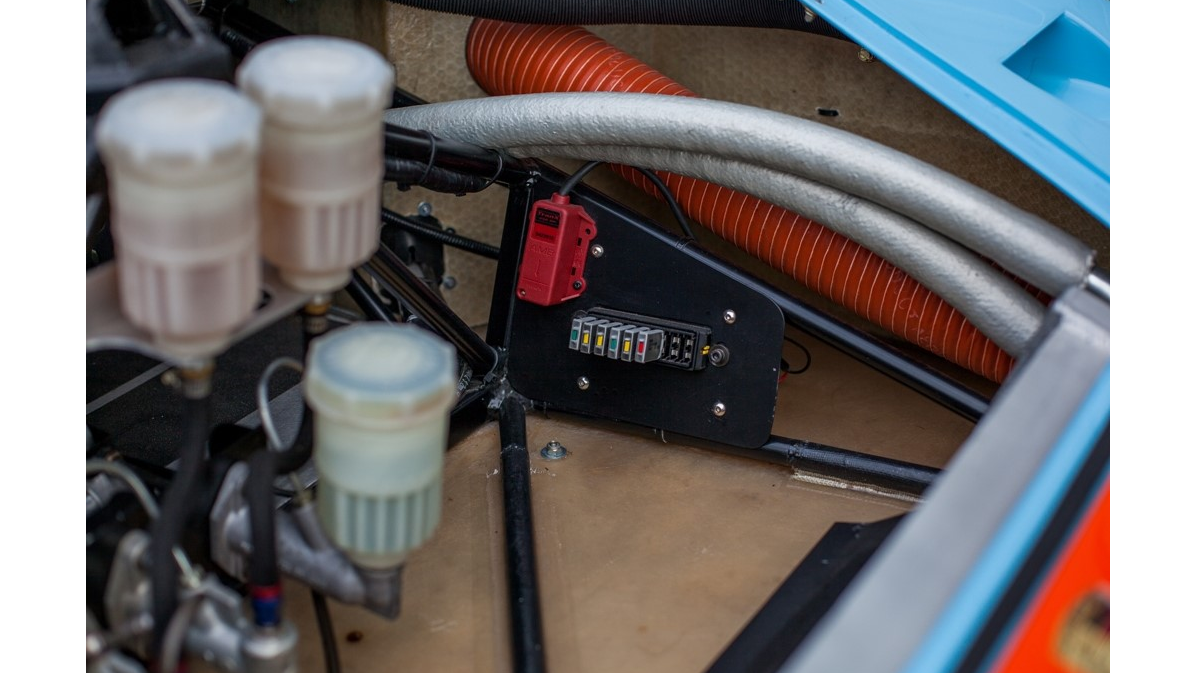 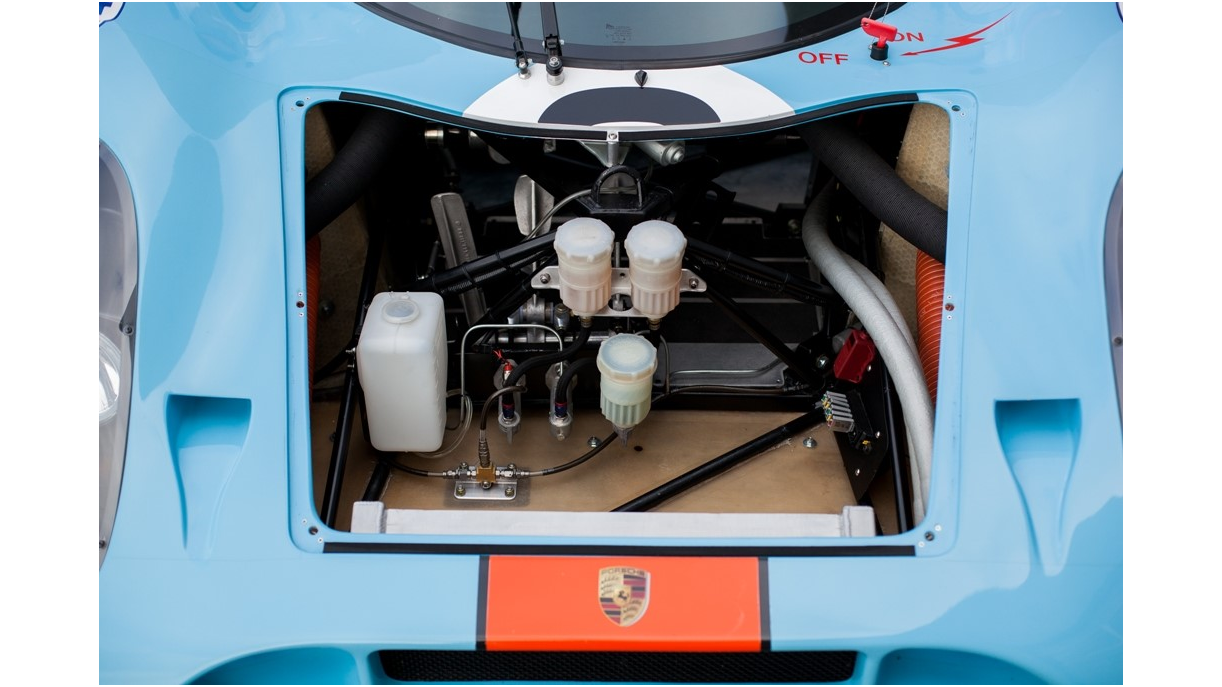 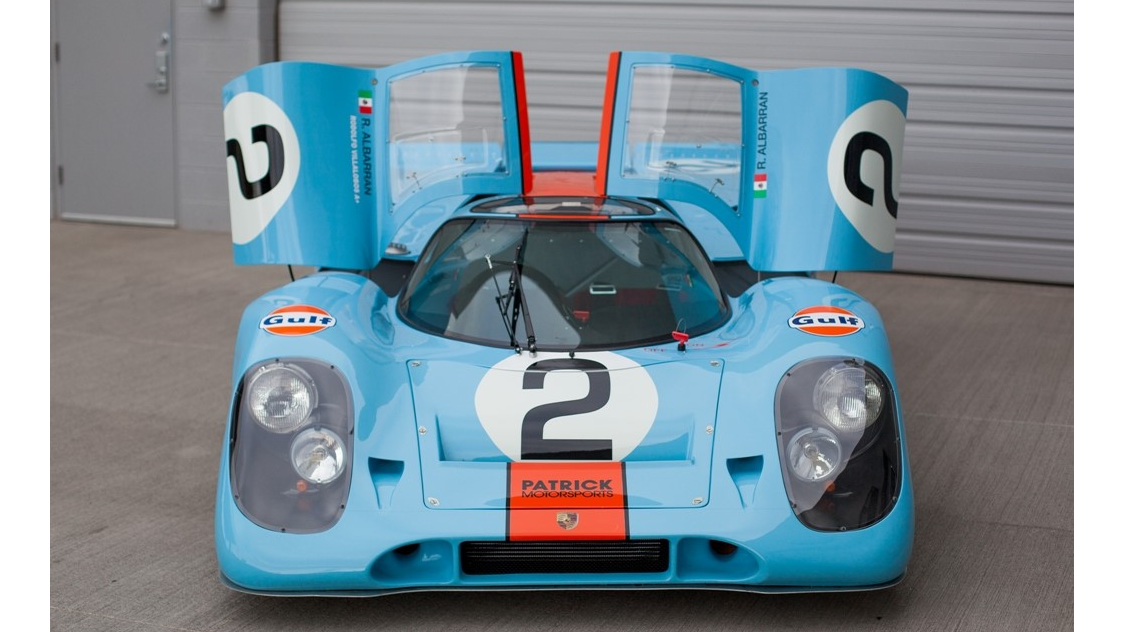 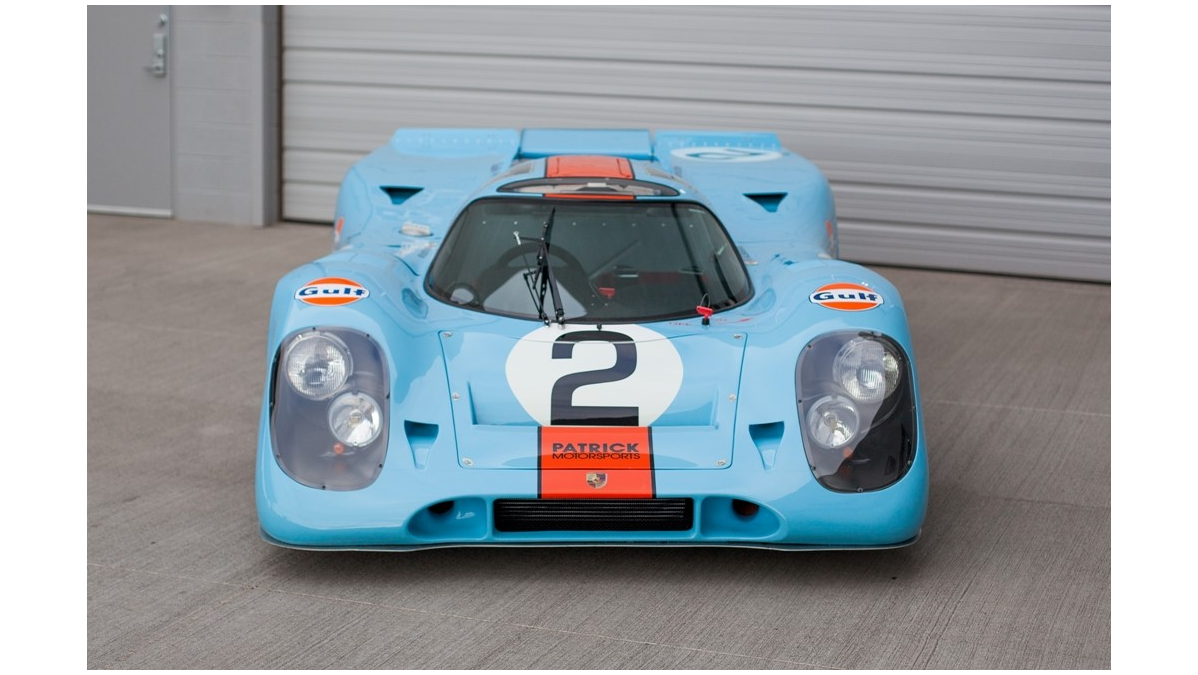 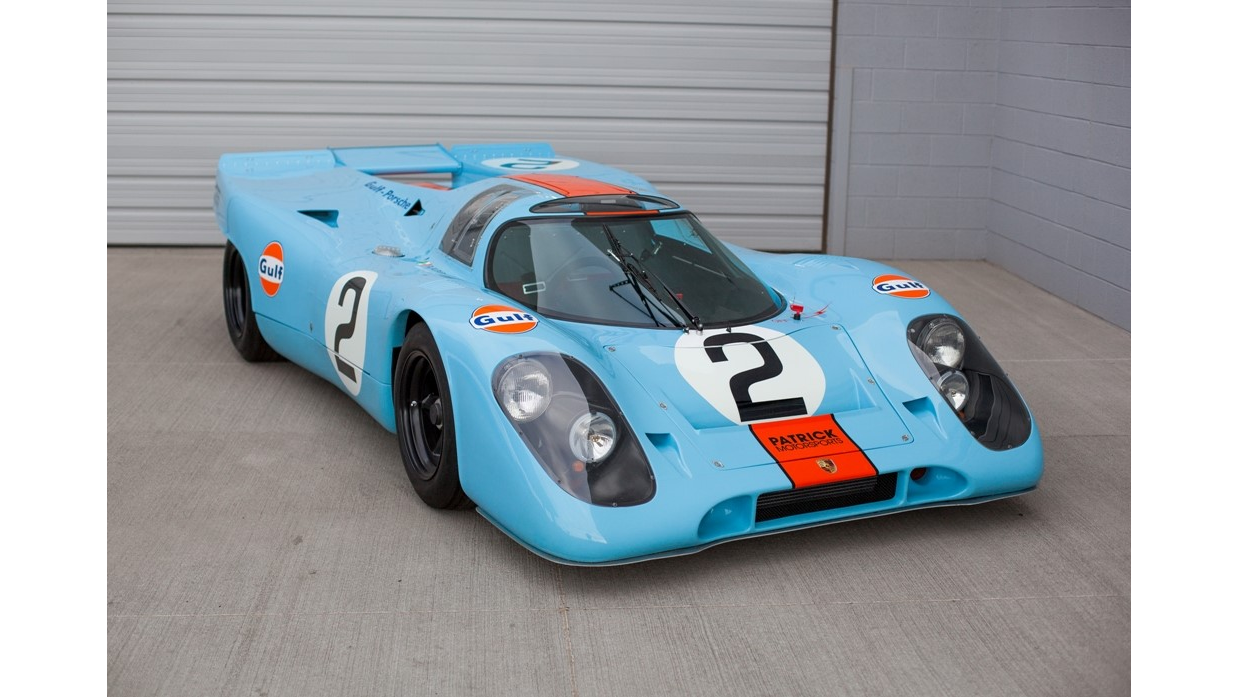 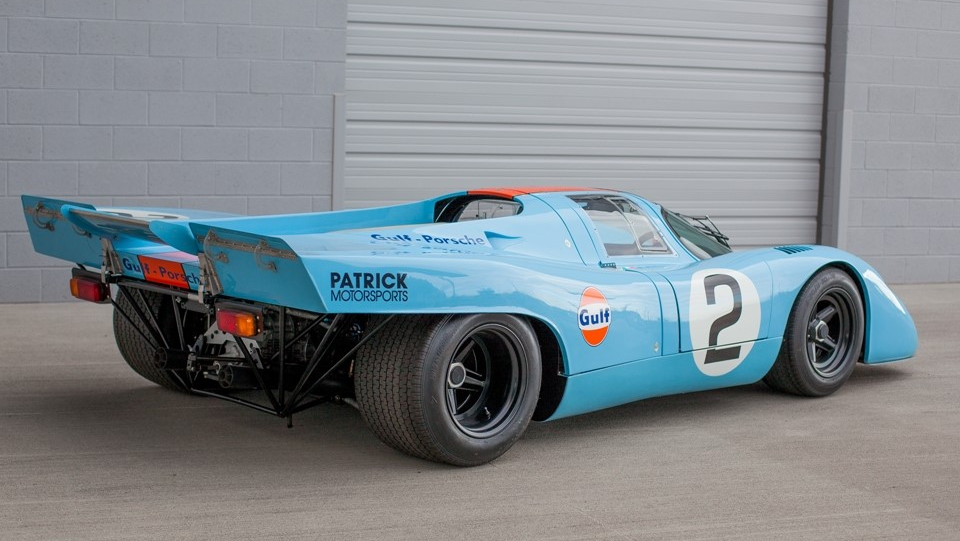 917 LMK Gulf Tribute owners experience a sensation of speed that can't be replicated by anything modern. This is a hyper-focused lightweight race car obsessed with speed. It is a rare breed: owning one brings extreme exclusivity and, once you get this beast on track, it’ll leave you shaking and wondering if what you’ve just experienced was even real. That is what this car does to you.

The original Porsche 917 was launched in 1969 and went on to become one of the most dominant, iconic racers the motorsport world has seen. In fact, it was so dominant the FIA rules had to be changed TWICE. Brands Hatch, Monza, Le Mans, Daytona, Spa, the Nürburgring, the Osterreichring, Targa Florio: the Porsche 917 has won all around the world. It is racing folklore.

Only 65 original Porsche 917s were ever built and seven reside in Stuttgart’s Porsche Museum: when they become available, they command sky-high prices around $16million.

This 917 LMK Gulf Tribute is every bit as intense as the original, but it's new so you can actually take it to the track and enjoy it! And get used to small crowds: people always flock to this machine.

Firstly, this 917 LMK Gulf Tribute isn't your Mercedes. Getting in does demand a bit of flexibility - so take your time. You earned it! Once buckled into the harness, even the most seasoned car enthusiast gets a little intimidated at the spartan race car interior - arranged closer to a jet fighter than any vehicle you'll have driven before.

You flip a switch or two, turn the key, and poke the beast. It awakens with thundering hunger, shaking you. Today's modern computer-controlled "sports cars" coddle you in cushy leather, sound deadening mush, airbags, and plastic. They separate you from the machines at work, keeping you safe, distant, and comfortable, never in any real danger. Supercars now just play a movie of speed through the windshield.

The 917 LMK Gulf Tribute is not that. It will devour anything in its path, and you're at the controls, fully connected as one visceral force.

The seating position is closer to lying back with your feet straight out - you gaze under the cars in front of you. Other drivers are taking pictures and keeping their distance, as they should. They'll never see another one of these. Your ears tingle at the sheer volume of air being consumed, twisted, compressed, and detonated directly behind you.

The road opens, you pick out something in the horizon, and stab the throttle. The beast screams a thousand hurricanes made of atomic bombs, and suddenly you're there.

The 917 LMK Gulf Tribute features unparalleled craftmanship from top to bottom. The body, chassis and suspension of this sky-blue rocket were built in a limited rub by Kraftwerkz: only a handful of these bodies were ever made. The complete build was intricately done by Patrick Motorsports in Scottsdale, Arizona (U.S.).

At one PCA event, an engineer of the original 917 was thoroughly impressed with this 917 LMK Gulf Tribute. He commented on how the measurements are exact to the Porsche original.

The 917 LMK Gulf Tribute’s performance is extreme but it was built with reliability a top priority. The transaxle coolers are a Patrick Motorsports’ exclusive (developed with Setrab) and are mounted in away that looks and performs like factory spec. The custom fuel cell was developed by Patrick Motorsports and Fuel Safe, for added safety.